Differences between revisions 137 and 138

Have you ever wished you could graft a text input device directly onto your arm? Well, this is about as close as it gets without surgery... Inspired by Greg Priest-Dorman's Chorder wiki, I'm using a handheld chorded keyboard based on Spaceman Spiff's Chording Keyboard Experiment (SpiffChorder) with some earlier influence from Steve Mann's septambic keyer. The subpages linked below provide explicit documentation of my efforts and, in combination with the excellent instructions on Greg's and Spiff's sites, should be more than sufficient for creating one of your own. Photos and designs published in this section are licensed under the terms of the GPL (3.0), same as the SpiffChorder project itself (since they could be considered derivative works). 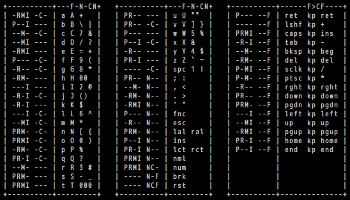 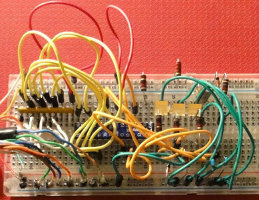 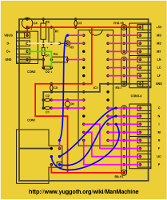 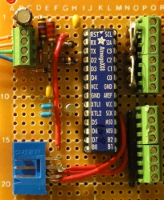 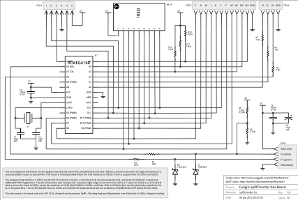 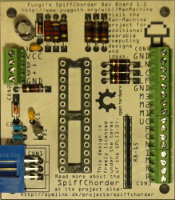 This has traditionally been the most expensive and annoying component plaguing wearable computing enthusiasts, and I expect that will continue for some time to come (though I'm trying to stay open-minded about upcoming technologies like Google Glass and Lumus Optical). The optics and display density needed for typical computing on a HMD are still not available on the consumer market. Luckily for me, since I spend most of my time using text displays I'm able to get by with a relatively low-resolution solution. At first I wanted a monocular display as a matter of convenience and simplicity, but after reading up on binocular rivalry I'm now starting to suspect there are neurological/cognitive reasons it would be less efficient.

I've obtained a Vuzix Wrap 920 and Vuzix Wrap VGA Adapter (US$240 combined through Amazon) and removed the cosmetic sunglasses-style lenses to make the rig slightly less obtrusive. This device supports 640x480, 800x600 and 1024x768 resolutions (claimed via EDID on the VGA line) but the native resolution is closer to 640x480 so at first I thought I would stick with that. As it turns out, non-text applications like to make some assumptions about minimum screen geometry (for buttons and the like) which becomes problematic at such low resolutions. Instead, I've set my desktop environment for 1024x768 and increased font sizes where it makes sense to do so.

At the moment I've got a BeagleBoard-xM running Debian's armhf port. Since the video output is HDMI and there's no inexpensive HDMI-supporting HMD on the market yet (might trade up to a ST1080 eventually), I'm using a High Resolution Video DVI to VGA Converter from StarTech. I've read that a similar (and cheaper) converter from fit-PC2 will work but it requires modifying the BeagleBoard (which I'd like to avoid if I can).

The single-board wearable is currently powered from an Anker Astro3, but I may switch it to the lighter and slimmer Astro 3E once I don't need as many outputs or as much current. I already had a bunch of suitable switching power supplies on hand (Asus ADP-36EH C, replacements are available for very low cost) so I merely fashioned an appropriate adapter cable to fit the input on the Anker.

I don't really use a mouse much (I can usually get by with the keynav utility wherever pointer interaction is absolutely required), but there are times when having one would be useful. I'll probably build something USB-based with accelerometers, but might instead do something with a small trackball: